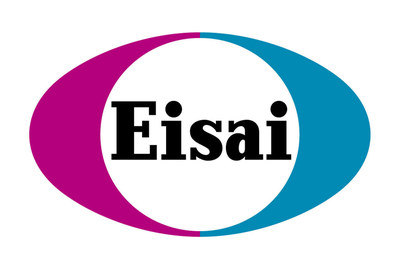 Confirmation of amyloid pathology in the brain can impact diagnosis and facilitate recruitment of patients into AD clinical trials. Amyloid positron-emission tomography (PET) is often used to detect amyloid pathology, but its use may be limited by cost and accessibility. Plasma amyloid beta (Aβ) is a candidate biomarker for prediction and early detection of amyloid pathology. Eisai, in partnership with Sysmex, is studying the effectiveness of a fully-automated investigational immunoassay system HISCL™ series in an effort to diagnose AD with a blood sample.

The encouraging results from this assessment of the investigational HISCL™ series immunoassay system in patients with, or at risk of developing AD, was consistent with previous findings. Plasma samples from 192 patients were selected for this analysis with the mean age of 73.3 years old. Apolipoprotein E4 (APOE4) status, a gene associated with greater risk for AD, was positive in 42.2% of patients, while 84.9% were considered as having mild cognitive impairment (MCI) due to AD and 10.4% were diagnosed as having mild AD dementia. Plasma Aβ1-42/Aβ1-40 ratio predicted Aβ PET positivity with an area under the curve (AUC) of 0.74. Including age and APOE4 status and plasma Aβ1-42/Aβ1-40 ratio as predictors in the model increased the overall performance (AUC = 0.82).

"With so many promising therapies for Alzheimer's disease in development, the need for methods to help predict amyloid pathology in the brain for clinical trial participant identification has never been greater," said Lynn Kramer, MD, Chief Clinical Officer, Neurology Business Group, Eisai Inc. "Eisai and our partner Sysmex are very pleased to see the continued and consistent results from Sysmex's HISCL™ Series Automated Immunoassay System."

Disturbances in sleep-wake regulation appear early in the course of AD dementia and are associated with impaired cognition, in addition to patient and caregiver burden. One such manifestation of this disturbance is the circadian rhythm sleep disorder, Irregular Sleep-Wake Rhythm Disorder (ISWRD), for which no approved treatments currently exist. Results from the Phase 2 proof-of-concept clinical trial of investigational lemborexant in ISWRD showed that compared to placebo between baseline and week four, lemborexant 5 mg (n=25), had a larger decrease in average duration of daytime sleep bouts (net reduction was three minutes each), a larger decrease in average activity during the least active five hours of the day, and an earlier onset of the least active five hours of the day (but still during the night).

62 patients from the United States, Japan and the United Kingdom between the ages of 60 and 90 years old who had Mini-Mental State Exam scores between 10 and 26 with no clinical depression, and who met criteria for both AD and ISWRD were randomized to placebo or one of four treatment arms of lemborexant (2.5, 5, 10, or 15 mg). Patients with moderate to severe sleep apnea were excluded from the study. Patients were provided instructions to take their medication at the time they intended to sleep and patient data was gathered using the MotionWatch 8 (MW8) from CamNtech, which was continuously worn on the non-dominant wrist throughout the study. As ISWRD is a relatively new therapeutic area and little was known prior to the study about the utility of actigraphy-gathered efficacy data, the study leveraged the novel Multivariate Network Analysis approach to help analyze the primary variables impacted by treatment, in addition to the inter-relationships among them.

"Lemborexant is a promising investigational asset in Eisai's rich pipeline," added Kramer. "We know patients and their families are waiting and Eisai's goal is to provide therapies for Alzheimer's disease patients with insomnia and ISWRD as soon as possible."

Eisai stands with people living with Alzheimer’s disease (AD), health care professionals and other members of our AD community. We respect that the Centers for Medicare and Medicaid Services...